FRESH SNOW AND MORE ON WAY

More snow has fallen in resort with around 16cms landing over Thursday afternoon and some heavy falls into the evening.  The snowmaking team got into the act as well cranking the guns on Bourke Street to add to the cover and start preparations for the season.

Mt Buller woke to a wintry blanket of fresh snow when the front arrived on Thursday with 5cms starting the transformation to winter.

Buller Ski Lifts General Manager Laurie Blampied welcomed the early season snow, “We are on the final countdown to the opening of the season in less than a month, so good snowfalls like this and more on the way has everyone feeling excited and optimistic.” 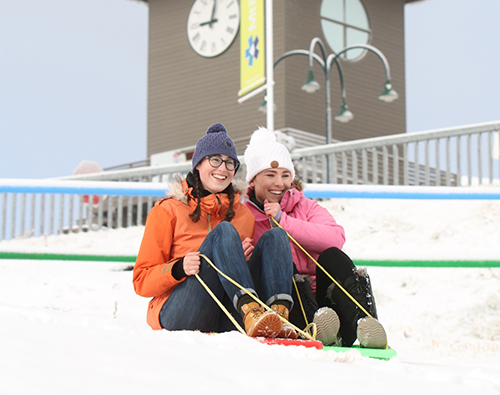 Mt Buller has been making snow since mid-April using a high-tech refrigeration SnowFactory which has produced close to two Olympic swimming pools worth of snow in recent weeks.   The resort will continue adding to the snow stockpile, now with the help of Mother Nature, to guarantee snow for the official season opening celebrations on the Queen’s Birthday long weekend in June (9th – 11th).

The Bureau is forecasting more snow for Friday.

To see the snow live on the webcams go here!