Graham now stands clear with the most victories in the events 29-year history, moving past two-time Australian Olympian Nick Cleaver and current world number one Britt Cox who both have five wins to their name.

The dual mogul action was spectacular on the Chamois ski run, with athletes battling it out ahead of the 2018 Olympic Winter Games in PyeongChang, Korea. With spots on the Australian team likely to go down to the wire, the standard of the sport in Australia is at an all-time high.

Nicole Parks had one of the best victories of her career to claim her fourth ABOM title, highlighted by a big upset of current World Champion Britt Cox in the semi-final round by a score of 13-12 from the judges. Parks’ New South Wales Institute of Sport (NSWIS) teammate Madii Himbury finished in second place, with Cox taking the bronze.

Graham was the strong favourite in the men’s event, and looked comfortable all day, qualifying in first place and winning each dual on the way to the title. International athletes Alexandre Lavoie of Canada finished second with American George McQuinn third.

The event was a great success with a record field of 128 entrants from Australia, Canada, China, Czech Republic, Great Britain, Japan, Korea, Poland and the USA.

The ABOM Mogul Challenge is a world-class mogul ski competition held annually at Mt Buller since 1989.  This iconic event is one of the highlights of the winter season, attracting some of the world’s best mogul skiers.

Buller Ski Lifts General Manager Laurie Blampied congratulated the athletes, “The speed, skills and style that the skiers showcased on Chamois run yesterday was impressive.  Freestyle skiing is a key component of elite snowsports here at Mt Buller and we look forward to supporting the moguls and aerial skiers with the resort’s continued commitment the Olympic Training Centre here in 2018 and beyond.” 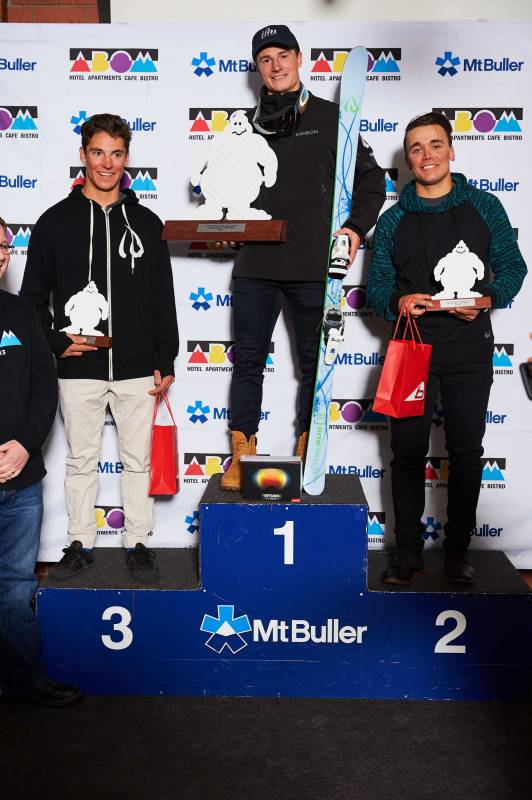 For more information and the full results click here - www.abommogulchallenge.com