15 June 2pm: Snow has been dumping at Mt Buller today and is forecast to continue with further storms through the weekend.  Temperatures are not expected to rise above -2 degrees in the coming days with persistent snow expected through to Monday and down to as low as 800m above sea level.

Guests in resort woke this morning to a top up of another 14cms of fresh snow adding to the cover which is now sitting at more than 21cms on the runs.

General Manager of Buller Ski Lifts Laurie Blampied welcomed the fresh falls, “This is what we call ‘season-starting’ snow.  It will boost the existing cover and allow more runs to open up as it accumulates.  This afternoon the Mercedes-Benz six-seater chairlift is turning for the first time for the season, opening up access to more terrain for skiers and boarders into the weekend.” 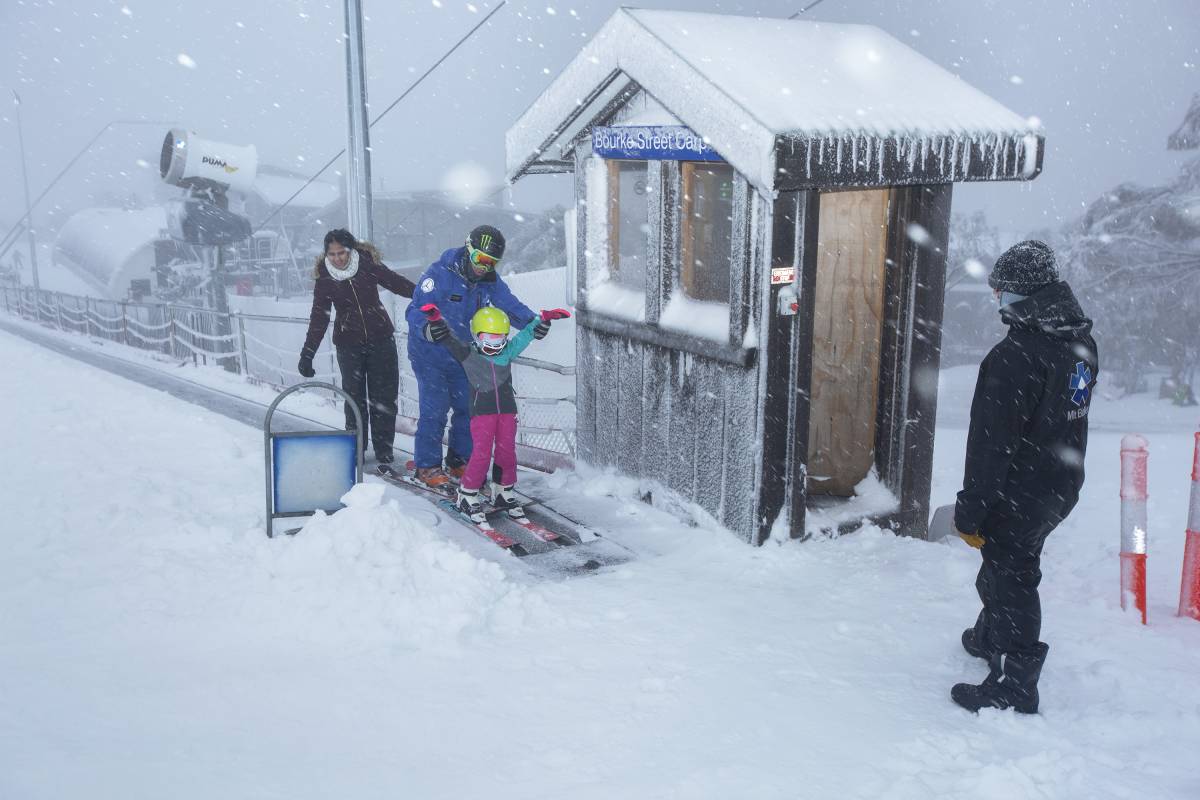 Sharlene Pudota from Melbourne scored the first ride up the Bourke Street carpet this morning!

Skyline and The Fox lifts are also being prepared for opening, as soon as conditions permit.

The fresh snowfall has covered the snowplay parks and the Village toboggan slope which is now open for snowplay.

Keep an eye on the cams and the lift and snow reports for live updates across the weekend!